Skip to navigation Skip to content
Your Cart
Free Shipping For orders Over £40 to Mainland UK. Excludes remote and offshore. 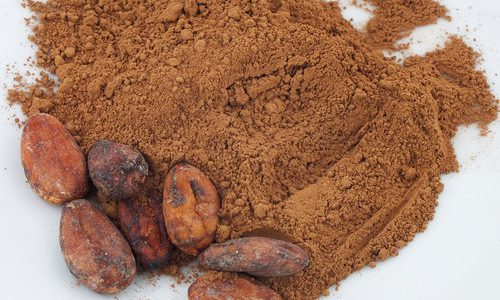 ** Update April 2017.  Unfortunately due to poor supply issues from Big Tree Farms we have had to drop our range of “As Raw as It Gets” Products until Big Tree Farms can bulk supply to the UK again.  We are very disappointed as we loved our Big Tree Farms cocoa products.  We will update and relist products if their production and supply improves in the future.  However, we now sell unroasted cacao powder from Ecoandino.**

Can Cocoa Ever Be Truly Raw?

As we launch our ‘As Raw As It Gets’ range of raw cocoa products we thought it was time to address the question of whether cocoa (or cacao as it is also called) can be truly raw?  There are many good articles questioning the plausibility of genuinely raw cocoa such as this one so in this blog we give our thoughts.

Our new range of cocoa products including delicious butter, nibs and powder comes from the well known raw cocoa producer Big Tree Farms in Bali. Big Tree Farms operate what they call a sustainable supply chains on more than 10 islands across Indonesia’s archipelago. They claim to have the only verified raw cocoa products, using proprietary processes to ensure heat never exceeds 45C. Below we detail the issues these ‘proprietary processes’ must over come to maintain the raw integrity. As we do not know the precise details of these proprietary processes we can only provide the information for you to make an informed decision if any cocoa can be truly considered raw.

Of course you can get raw cocoa, pluck a pod from a tree and you have raw cocoa. Though by all accounts the flesh may be tasty but beans will be pretty in-edible. From the point of harvest there are a number of processes the cocoa beans must go through to become palatable and resemble cocoa as we know it. Are the beans still raw at the end of these processes? Well that really depends on your personal interpretation of a raw product, as there is no single definitive raw standard. There are several unofficial standards of raw so let us go with the common, not heated to above 46 degrees Celsius standard, though we note many consider the threshold to be 42 Celsius or even lower.

First, we should probably confirm cocoa and cacao are one and the same thing. Cocoa is the Anglicised term for cacao, and it is easily verified that a cocoa bean and are cacao bean are one and the same, for example on Wikipedia. Raw food marketers promote the idea that cocoa is roasted and processed while cacao is raw and super healthy. In the UK and most of Europe we have a cocoa industry, trading cocoa beans and cocoa products. Elsewhere they trade in cacao. It is commonly held that a historic misspelling of the word cacao resulted in the word cocoa being used in Europe, see link here. Though some think differently, we will use the term cocoa for both raw and roasted.

The majority of the books on the history and science of cocoa and chocolate refer solely to roasted cocoa. Cocoa has been roasted since the time of the aztecs and mayans. The wonderful flavour and aroma associated with cocoa and chocolate comes from two stages, fermentation which develops the flavour and aroma precursors, and the second roasting stage which fully develops the flavour and aroma we are so familiar with. Roasting of cocoa beans is a skilled process similar to roasting coffee. Chemical reactions occur during roasting which is considered integral to good flavoured chocolate and cocoa. Roasting also kills most of the bacteria, fungi and moulds present in fermented cocoa beans to sterilise them.

A simplistic overview of traditional cocoa production highlighting where heat is applied is as follows: First the harvested pods are split to obtain the beans. These cocoa beans are then fermented (heat), dried (heat) and roasted (heat). The roasted beans are then cracked and winnowed (shell/husk removed) to produce cocoa nibs. The nibs will then be ground (heat) into a thick paste known as cocoa mass, paste/ or liquor. This paste is then pressed (heat) to extract the butter. The remaining cocoa press cake will then be ground (heat) into cocoa powder.

To produce basic chocolate, cocoa mass, cocoa butter and sugar are ground (heat) for hours or days in machinery called a conch. This chocolate may then be ground further in a refiner (heat) and finally tempered (yes more heat) into that delicious bar of chocolate you love. As you can see there is a lot of heat in the production of cocoa! Of course there are variations on these methods such as directly pressing or conching nibs, or universal machines that perform several tasks, which may reduce the number of discreet processes, but you can not avoid heat in the production of cocoa and chocolate. The majority of these processes will almost certainly exceed any raw thresholds, most obviously the roasting. For now we will ignore the additional processes required to make chocolate and semi finished products such as cocoa mass, cocoa butter or cocoa powder and focus on the complexities of simply producing raw cocoa beans to clearly demonstrate the difficulty in creating truly raw cocoa.

Edible cocoa beans are almost universally fermented no matter if they will be roasted or not. There are some unfermented beans available but even claimed raw cocoa producers have stated that unfermented beans are too astringent to produce palatable cocoa. Fermentation is a necessary process to bring out the precursors of cocoa flavour. The optimum fermentation temperatures will reach 48-51C. The temperatures can reach considerably higher temperatures than this. Therefore truly raw cocoa must be under fermented to ensure temperatures remain under any raw threshold, and can therefore not develop the optimum precursors of flavour and aroma.

It should be apparent raw cocoa can not be roasted (Big Tree Farms claim to low roast at raw temperatures, though at these temperatures it can not be considered actually roasting) and can therefore never have the flavour or aroma of traditional roasted cocoa. Sadly much of what is passed off as raw cocoa online is regular natural low fat powder from roasted cocoa with the associated strong aroma and flavour.

Raw cocoa must also be dried, processed, sanitised and transported under 46C. This may be possible with specialist equipment, though the common sun drying of beans will not be precisely controllable, nor is the storage and transport temperatures in tropical conditions, as cocoa is not likely stored or transported in refrigerated conditions.

We see the main obstacles of producing genuinely raw cocoa beans to be fermentation, and sanitising.

As Clay Gordon, of www.thechocolatelife.com, notes, “…It is actually easy to fully and completely ferment cacao (italics and bold type are Mr. Gordon’s) and keep the pile under 118F…  The “trick” is to control the size of the pile. There are a number of fermentation boxes I have personally seen that make it possible to do this…It is somewhat harder to dry the beans and keep the temp under 118F —if the beans are dried in direct sun, and especially if they are dried on a concrete pad. Temperatures can easily reach 140F —at least at the surface of the pad. It is possible to dry beans at low temp, it just takes a lot more care, takes longer – and therefore costs more.” As most cooperatives are hundreds of farms we have to ask who is checking all these disparate fermentation piles for maximum temperatures reached? If you look at the research links such as these here on fermentation you will see how difficult it would be to actually control the temperature during fermentation even in small non commercial fermentation piles. There appears to be no temperature reading equipment to alert that temperatures are exceeding 45C and therefore no automated way to turn the temperature down by stirring/mixing the fermentation piles. And if a pile reached 47C or even 51C would the producer simply discard the valuable cocoa beans? We think it would be very unlikely.

Then there is the issue of raw cocoa safety. Fermenting and processing of cocoa beans can be a pretty unsanitary process with many pathogens such as salmonella. Cocoa is therefore heated to kill these pathogens at temperatures of 80C or more. Roasting both improves flavour and pasteurises the cocoa. Without roasting, or heating to 80C other methods of sanitising would need to be used.  We believe that most cocoa will be processed above raw temperatures for safety. Even the Ecoandino cocoa marketed as Truly raw by those who literally wrote the book on raw cocoa were shown to be selling cocoa heated to 80C as shown here.  (an update July 2016 – we now also sell unroasted Ecoandino cocoa powder but while it is sold by others as “raw cacoa” we do not sell it as raw as it is clearly heated above 46 degrees)

Conclusions and Our “As Raw As It Gets” Range

We love cocoa in all forms here at the RealFoodSource, from traditional great tasting cocoa and chocolate from roasted beans, and the more earthy flavours from un-roasted (claimed raw cocoa). We believe cocoa when mixed with other healthy ingredients makes wonderful occasional treats, much healthier than the highly processed and refined products usually found on supermarket shelves. We do not, however, believe cocoa should be considered a staple food as many claim, as it will usually need to be mixed with sweeteners to make it palatable. While some may enjoy chocolate with 100% cocoa content, we prefer our chocolate sweetened between 60% to 80% cocoa content. We also enjoy cocoa nibs (roasted and raw), in trail mixes, health bars and other recipes.

The growth in raw cocoa comes from the claimed health benefits by certain raw food marketers. However most of the research on the potential benefits of cocoa is from regular roasted dark chocolate. The claims that raw cocoa has much higher levels of antioxidants, enzymes etc. may very well be true but the published research does not appear to specify the cocoa origins, bean type or age. The claims also tend to come from sellers of raw cocoa so cannot be considered independent. Only independent research using the same cocoa beans harvested at the same time could support the claim that raw is definitively superior to roasted from a nutritional perspective. In fact many disagree. This study found that there were significantly more free-radical scavenging activity in dark roasted cocoa beans compared with raw beans. And this study found that the antioxidant increased by around 650% with roasting. Again this is probably for a future detailed blog post.

So, in summary, we love the taste and quality of our new range from Big Tree Farms but we’ve named it “As Raw As It Gets”, as from our research there is no commercial cocoa likely to be any more raw.  We also think it comes down to individual opinion as there is no UK or EU body that is verifying raw claims. And, as the RealFoodSource doesn’t like unsubstantiated food marketing and hype we’ve named it for you to decide!