Delivery £3.50 for all non-remote UK addresses 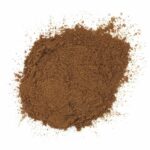 Cinnamon is an excellent alternative sweetener and is great for use in baking and adding to desserts such as cookies and brownies or for simply adding some flavour to porridge or smoothies.

May contain traces of milk, nuts, peanuts, sesame and soya